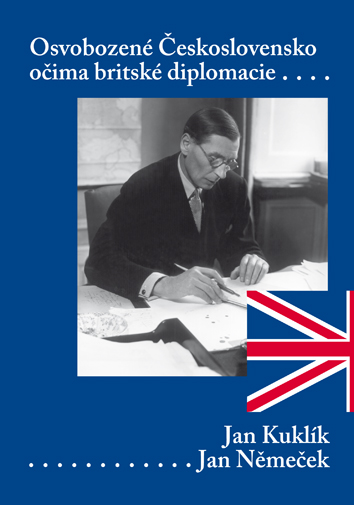 [Liberated Czechoslovakia through the Eyes of a British Diplomat]

The most recent book by time-tested collaborating scholars brings another analysis, based on extensive research, of the period in Czechoslovak history around World War II.
This analytical monograph analyzes reports of British diplomats from Prague in 1945, which excelled in remarkable ability to capture the essence of the Czechoslovak post-war problems based on their analyses of gathered information. The reports mostly concerned the structure of the Czechoslovak state and political system, the relations of Czechoslovakia to the USSR, USA, Great Britain and other countries, the status of the German minority, military matters, reconstruction or the complex tangle of mutual economic, financial and trade relations between Great Britain and the CSR. Nevertheless, the lives and problems of common citizens are not neglected as yet unused unique source for understanding everyday life in the period immediately following the war. Backed by long-term detailed research by scholars in many different collections of The National Archives in Kew, London, the publication refutes persisting views that Great Britain was not interested in or did not understand Central-European developments. The British diplomatic corps was well aware of the reality of the post-war situation in Central Europe and its status within the anti-Hitler coalition and it cannot be said that they wrote Czechoslovakia off as a Soviet satellite in advance.