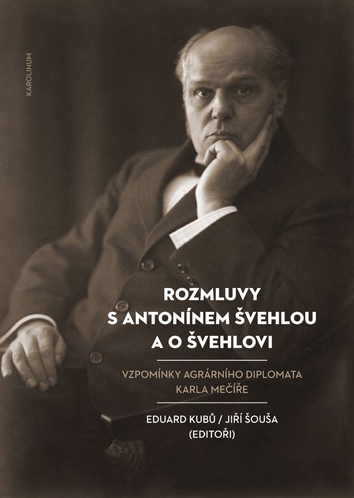 This memoir-based text written by Czech journalist, diplomat and author, Karel Mečíř, is devoted to Antonín Švehla, a Czech politician, statesman, farmer, and, primarily a co-founder of the Czechoslovak Republic and its democratic order. The text is remarkable in that it offers a view of Švehla as seen by a person in his immediate circle, a view by a long-term collaborator, a view formed by frequent, at some periods of Švehla’s life even daily, encounters. Nineteen thematically arranged texts form a colorful kaleidoscope, which presents the human side of Švehla, a politician who did not like to appear in public. It suggests the stereotypes of his thinking and behavior, giving his image a broader and more personal dimension. The book, also containing the biography of its author, a bon vivant, whose troubles, successes and failures were quite unusual thanks to the three women in his life – his wife, daughter, and primarily his mistress, is educative as well as amusing. It boasts outstanding graphic design and numerous illustrations and in particular photographs.