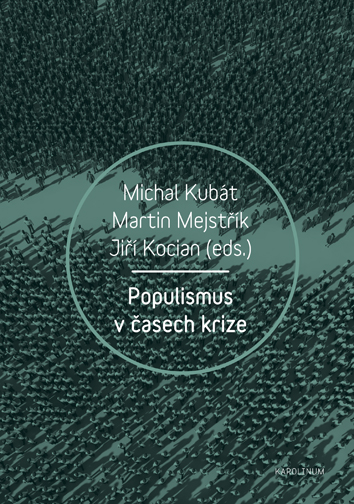 [Populism in times of crisis]

Populism has recently become one of the key political concepts. In particular, the European Parliament elections in May 2014 were a turning point for populism to become a truly society-wide phenomenon. In order to understand the success of populists in these elections, we have to look into the events that preceded them, in particular the relationship between the recent economic crisis and the populists’ behavior during this crisis. As the chapters indicate, the new "wave” of European populism was not merely a reaction to this economic crisis, it also fed on the eclipse of traditional political parties and their ability to offer an attractive agenda to voters.
This book presents a comprehensive view of populism in selected countries. In addition to the populist groups and their behavior during the economic crisis, the research also focused on the political environment of the countries marked by populists’ activity. In this respect, the book presents a specific perspective of the internal development in these countries during (but not only) the economic crisis, thus aiding in understanding the processes and changes throughout society that this crisis brought about.
The target audience includes students and scholars studying European populism as well as anyone interested in this phenomenon that has significantly affected European politics and that has been playing an increasingly more important role in the life of every one of us.