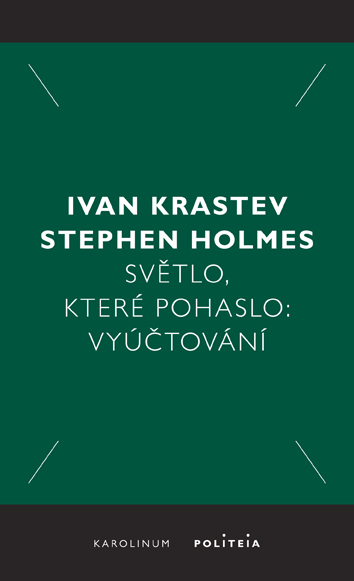 [The Light that Failed]

Ivan Krastev and Stephen Holmes reflect on the emergence and rise of movements and political currents which stand in opposition to liberalism and which have over the past several years vigorously refuted the idea that the future will inevitably be liberal. They discover interesting developmental parallels between Central and Eastern Europe, Putin’s Russia and Trump’s United States. This development, alongside the rise of populist politicians, is perceived as a consequence of the collapse of hope for a unipolar liberal-democratic world dominated by the United States. They focus on many aspects that contributed to this change, be it the domestic economic crisis in the United States, depopulation in eastern Europe, resentiment of imitating the West to which countries of the foreign Soviet bloc were pushed, and the hypocrisy of American foreign policy. The break-up of the liberal-democratic order is described factually, albeit with a certain nostalgia, but also with slight optimism while looking towards the future.