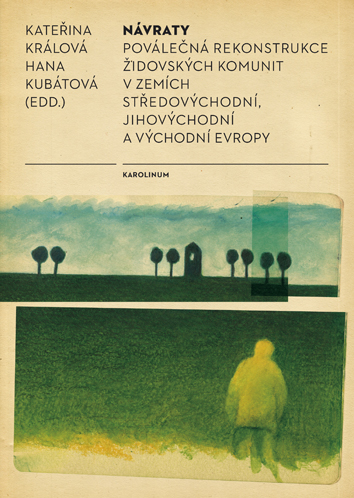 [Coming Back. The Post-war Reconstruction of Jewish Communities in the Central-Eastern, South-Eastern and Eastern Europe]

The end of World War II is often seen as the end of violence, the beginning of peace and a return to normal life. Coming Back. The Post-war Reconstruction of Jewish Communities in the Central-Eastern, South-Eastern and Eastern Europe however demonstrates that this is an overt simplification of the issue. The book examines not only the return of the holocaust survivors, but also, and primarily, the plurality and diversity of ways their physical and mental return influenced themselves and people around them. Where are they returning? Who is waiting for them? And what will be the community’s reaction to their return? The reader quickly recognizes that the autobiographical stories of the survivors, who experienced racial persecution during World War II whether in hiding, suffering in concentration and death camps, participating in the resistance movement or living under a false non-Jewish identity, endow their return, which is the key concept of this book, with a different, and in many cases bitter tone. With over one hundred interviews in seventeen languages, the book paints a vivid picture of post-war life. Although the survivors themselves perceived the moment of their liberation as the "end of the war and persecution story,” their stories by no means ended at the moment of their liberation.
Kateřina Králová and Hana Kubátová, working with a group of young researchers from the Faculty of Social Sciences, Charles University in Prague, headed up the creation of this unique publication. It reflects on their long-term and perceptive work with students and its goal is to problematize this traumatizing post-war period which is even today still relatively neglected.