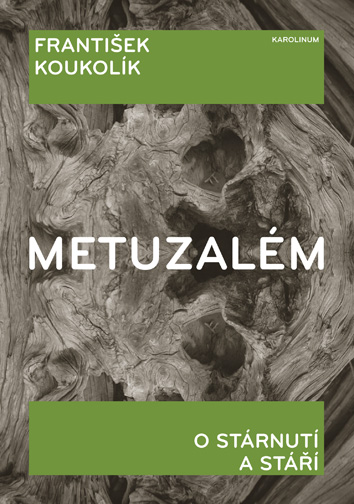 "The story of old age is a story of time, biology and medicine, but also of death, love, creativity, happiness and wisdom. Methuselah was the name of a 16-episode programme on aging and old age, broadcast by Czech Television in 2012. When writing the programme’s script, determining and putting together facts and contexts in order to fit them in the fifteen minutes of one episode was the most challenging problem, as learning about the world resembles a multi-dimensional space-time network. The scripts elaborated into a book format, is accompanied by my reflections, memories and association, all in italics, that arouse during the writing, filming, in communication with the film crew members, during the screening and discussions with viewers and critics. They also reflect on physics and biology, on the people I met at the various stages of my life; on fear, on prisons and psychiatric institutions as communicating vessels; on Johan von Gudden and his royal patient, on the bee’s brain and Genghis Khan; on the American President Jefferson and Sally Hemmings, a woman of mixed race, and the children they had; on suicides and work with scientific information, on Sigmund Freud in 2012 and also on zombie science …"
František Koukolík