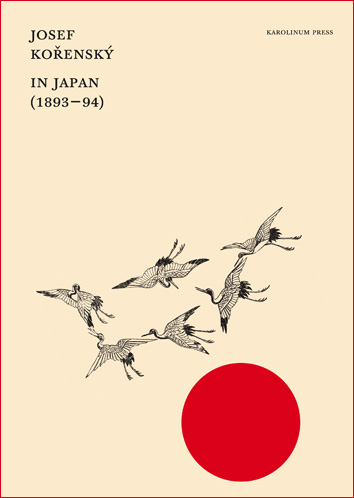 A Journey Across the World

During his 1893-94 journey around the world, the Czech traveller, pedagogue, and writer, Josef Kořenský, spent a mere two months travelling in Japan, yet his power of observation yielded a travelogue that remains remarkable to this day. Originally published in Czech, In Japan portrays with incisive prose the epic grandeur of the country’s landscapes, the elegance of its gardens, the bustle of its cities, and the everyday life and customs of its people.

Beyond recording his own immediate impressions of the country, Kořenský had set out to create an ethnography of the Japanese people for a private collector whose bequest would later become an essential part of the Czech National Museum collections. In addition to describing his actual experiences, Kořenský draws on his extensive expertise in the natural sciences to provide meticulous descriptions of geological phenomena, including, for example volcanic activity, as well as of Japan’s flora and fauna, along with extensive accounts of Japanese history, agriculture, education and of the rapidly changing social mores in Japan during the 1890s.

Furthermore, the viewpoint of the earliest traveller with a specific interest in Japan, from the Czech Lands, then still part of the Austro-Hungarian Empire, provides valuable insights into contemporary Central European and specifically Czech attitudes to Japan and the wider world, which in turn complement and enhance better-known Western works in this field.

In Japan is an rare and important resource for scholars of Japanese social history in particular, and Kořenský’s enthusiasm for his subject and sharp sense of irony make this travelogue informative as well as lively.