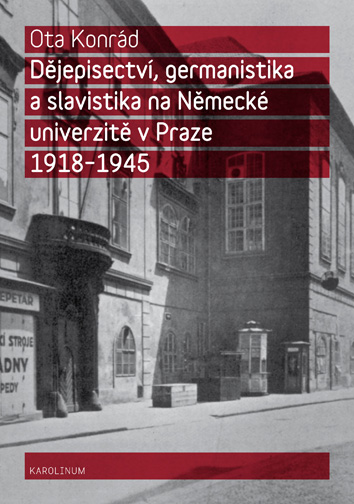 [Historiography, German and Slavonic Studies at the German University in Prague 1918-1945]

This book represents, for the first time in a comprehensive format, the development of the most important humanities disciplines at the German university in Prague during the First Republic and German occupation. Using archived materials, professional literature and interpretations of texts from the period written by historians, German and Slavonic studies scholars at the university, the scholar examines the history of these disciplines in the context of the scientific, political and cultural development of the Czech lands in the first half of the 20th century as well as part of the development of these prominent scientific and cultural German institutions in the Czech lands. The book therefore advocates a wide concept of history covering the institution as well as people important in the development of each discipline as well as their thematic and methodological transformations in the wider historical context.
This research leads to the conclusion that from the mid-1930s, the nationalist and undemocratic model of the science and its wider social tasks grew in importance, while the Slavonic studies, which focused on Czech-German co-operation and rather represented open concept of Sudeten German-ness was getting increasingly more defensive. The development after September 1938, or better yet after March 1939, when the German university in Prague became part of the Reich's university system was thus largely foreshadowed by events in the preceding years. The second part of the book focuses on the years 1938-1945 examining primarily the question of institutional, personnel as well as thematic and methodological continuities and discontinuities in the individual disciplines.