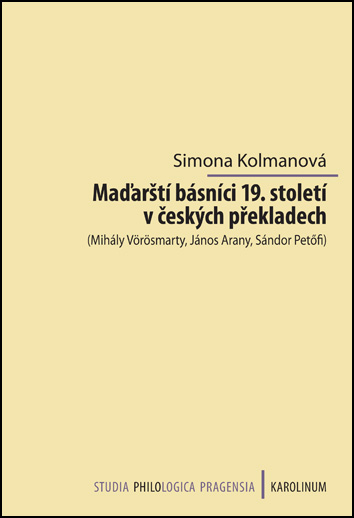 Simona Kolmanová, a Hungarian scholar and translator, presents three prominent figures in 19th-century Hungarian literature, Mihály Vörösmarty, János Arany and Sándor Petöfi, through Czech translations of their works. Although the Czech translations of 19th-century Hungarian poetry only covered these three authors, it can be stated that these poets symbolize a sufficiently representative selection, covering a wide range of literary production, which can demonstrate not only the development and features of Hungarian literature but also a more general question of translation practice and problems arising when translating from Hungarian into Czech. The approach Simona Kolmanová chose combines literary history with translation theory, aiming to introduce the "original” world of Hungarian literature to Czech readers and thus to contribute to their improved understanding.