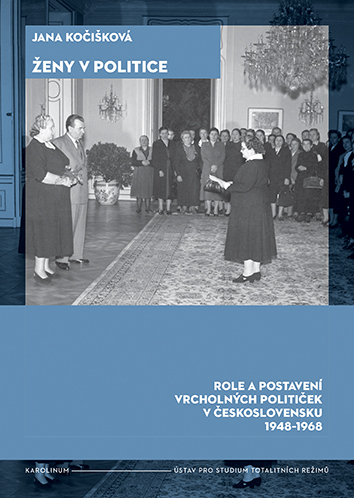 [Women in politics. The role and status of top female politicians in Czechoslovakia between 1948–1968]

After World War II, Czechoslovak female politicians continued the First-Republic tradition of active political participation of their predecessors, however, it occurred in a completely new geopolitical world order, split into an Eastern and Western blocs. Their political activities were significantly affected by the specifics of a non-democratic regime and the pervasive communist ideology. This book describes how this situation differed from the pre-war years, the paths that women took towards the top political echelons, their share in them, the difficulties they had to face and the themes they focused on during the period delimited by the critical years 1948 and 1968. It is based on archive research of activities of female deputies in the National Assembly, as well as women in the Central Committee of the Czechoslovak Communist Party as well as those in the government. In addition, it also provides a broader historical, sociological and ideological context of the women’s status in politics and daily life.