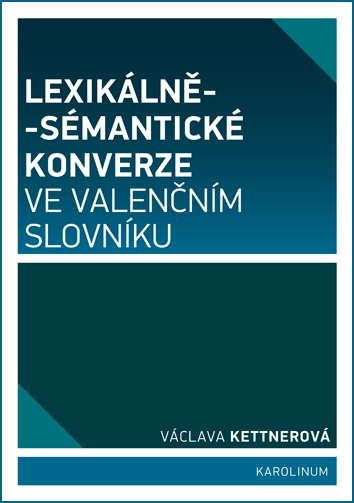 [Lexical and Semantic Conversions in the Valency Dictionary]

Sentence structures of the form “John loaded the hay onto the wagon” and “John loaded the wagon with the hay” have been a principal linguistic theme since Fillmore’s semantization of syntax in the second half of the 1960s. This book places this issue in the context of other changes in the valency structures of Czech verbs, thus being a valuable contribution to analyzing these structures. The relation between the covered sentence structures, here referred to as lexical and semantic conversions, is characterized both syntactically and semantically, presenting rich examples from language corpora. The results of this analysis are applied to dictionary entries and to explicit rules for the description of changes in their syntactic realization. This lexical and semantic conversion illustrates the need for closer cooperation between dictionaries and a grammar books when describing linguistic phenomena on the syntactic-semantic border.