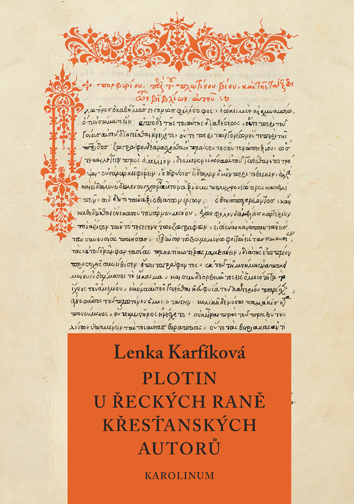 Plotinus, a philosopher with an Alexandrian education who was as a teacher in Rome from 244 to 269, was not only the founder of Neoplatonism, but also significantly influenced early Christian authors. His thinking inspired them both in the spirituality of ecclesiastic ascent to an elusive divinity and in the formulation of important themes in Christian theology, such as the doctrine of the Trinity, the Holy Spirit, the joining of divinity and humanity in Christ. The book maps this influence among Greek language theologians from the 4th to the 7th century. The scholar is the translator of Plotinus' treatise Ennead V (V.3 (49)), which was published under the title „On Self-Knowledge“ (Prague 2014), and she has also long been interested in early Christian authors with a philosophical focus.