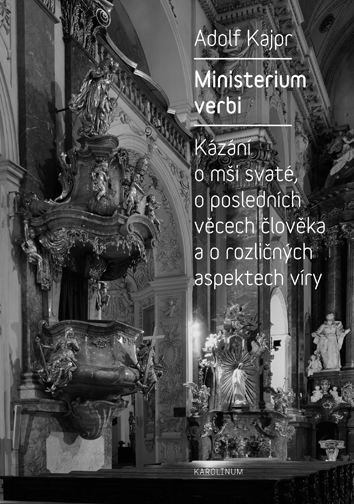 This book presents a collection of speeches written by Adolf Kajpr (1902–1959), a Jesuit priest, famous as an editor and journalist and no less so as a preacher, whose "service of the Word” had a great influence over Catholic believers as well as the public opinion at the time. It brought him admiration and esteem as well as hatred and persecution – he was a prisoner in the Nazi concentration camps (1941–1945) as well as communist prisons (1950–1959) where he died. The book includes 104 preserved sermons, as yet unpublished (with the exception of two of them), of which most were delivered between 1945–1950. As to their content, the sermons are divided into three groups: a cycle on the Holy Mass (1947–1949), a cycle on the last things of man (1949–1950) and a group of sermons on various aspects of the faith (1938–1941, 1945–1950). The introductory text sets Kajpr’s sermons in a broader context of his life and his reflections, searching for the reasons that prompted him to choose these topics, and specifies the dates of the sermons.