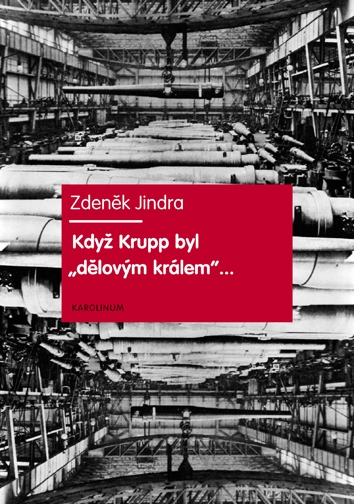 The book presents the history of the largest German company of the 19th century, which for many years set the pace not only for the development of the entire metallurgical industry and railway technology, the leading sectors of German industrialization, but also played an important role in contemporary "revolution in military industry" as a producer and constructor of heavy firearms. The author, however, does not strive to only describe the development of Krupp's company. It is more interesting and informative to use this company to follow serious research questions such as the origin, typology and changing role of entrepreneur, the stages of German industrialization, the start and course of the industrial revolution, the formation of large companies and concerns, their relations to banks and cartels, assumption of business role and particularities of the weapons market, both domestic and international, the attitude of "the lord in his own home" to his labourers and last but not least the organization development of a company and the beginnings of the "managerial revolution". Through the history of one company, we can get an insight into one of the most dramatic eras of German history.