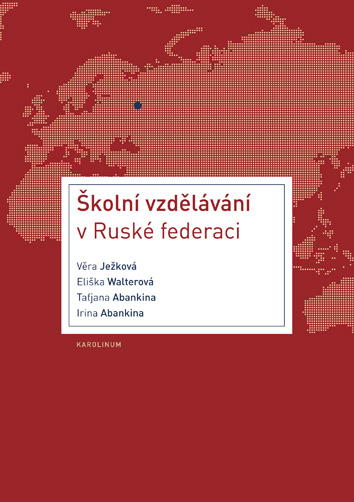 [The Educational System in the Russian Federation]

This analytical comparison study is the fourth publication from the Educational Systems Abroad series. The previous three publications are The Educational System in Germany, The Educational System in Great Britain and The Educational System in Sweden.
The part of the study that was written by the Czech authors presents an "outside" view of the educational system, which can be considered to be "objective" and "neutral," as it is only minimally affected by direct experiences. The view from "inside" is provided by the final chapter written by the Russian co-authors.
The study focuses on problems which appear to be crucial in the Russian educational system and are also applicable to the development of the Czech educational system. It consists of nine chapters. The first chapter introduces the country in which the changes in its educational system are occurring into a wider context. In the second chapter, which is dedicated to educational policies, attention is turned towards codification of the new approach towards education and the legislative developments during the 1990s. The third chapter evaluates the current educational system in Russia, explains its diversified structure and the fundamental dimensions in which substantial changes occurred. The fourth chapter contains pedagogical experiments and alternative pedagogical concepts. The fifth chapter is dedicated to the subject of curricula with an emphasis on federal educational standards. The sixth chapter introduces the system of evaluation and the problems associated with implementation of non-traditional forms of assessment instruments into the Russian environment. The specifics of Russia as a multi-national state with its multilingual societies, which are typical for the Russian Federation and have implications for educational policy and practice, are covered in the seventh and eighth chapters. In the final chapter, the Russian co-authors are given a chance to present their insights into the Russian educational reforms.
The study is intended for researchers and practitioners in the field of education, teachers and students at faculties of education and other faculties preparing teachers, representatives of the Ministry of Education, Youth and Sports of the Czech Republic and other government workers involved in education.