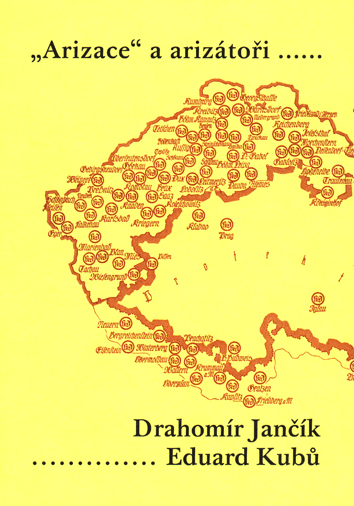 This monographic work of prominent Czech historians deals with the hitherto neglected problems, in both professional and popularizing literature, of ?aryanization? of Jewish companies during the process of Germanization in the Protektorat Böhmen und Mähren during the World War II. The authors focus their attention on a prototype of an extremely nationalist and anti-Semite financial institution, a cooperative with a million of clients ? Kreditanstalt der Deutschen. This institution deliberately joined its growth with an economic nationalism, Henlein?s Sudeten-German Party and NSDAP. Not only Jewish property aryanizated in favour of credits provided by the state is followed, but also the remarkable group of those who benefited from ?arianyzation? and thus from the atrocities of the holocaust.