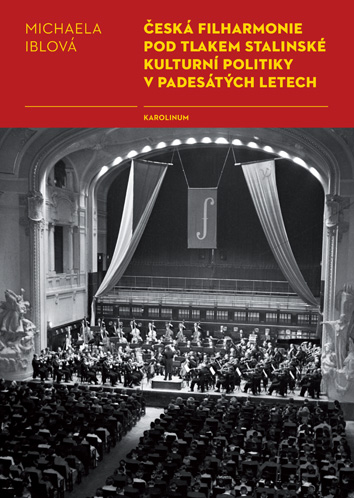 This book addresses the issues concerning the Czech Philharmonic which have so far been neglected. It attempts to explain the cultural, social and political role of the Czech Philharmonic in the context of the culminating Stalinism. Using case studies and structural analysis, the book examines mainly the mechanisms of the orchestra’s functioning in the new social conditions after the communist coup in 1948. The various aspects the book addresses include extent of the communist ideology’s influence on the orchestra’s dramaturgy, the orchestra’s image as well as the social relations within the ensemble; the organizational structure and the orchestra’s general focus; the works in concert programmes, the places where the orchestra performed, the "new” audience, for which these concerts were intended, and "progressive” productions for the purposes of propaganda. Furthermore, it analyzes the system of political and state security checks and control from several viewpoints: on the one hand, from the position of the Communist Party and the Ministry of Culture as the producers of cultural policy and, on the other hand, from the position of the State Security. It covers the activities of the Communist Party organization and the council of the Revolutionary Trade Union Movement working within the orchestra, demonstrating the ideological work in the ensemble, the political screening policy of the Czech Philharmonic, analyzing selected screening documents. This publication allows the reader to better understand the life and functioning of the Czech Philharmonic and its role in the Czechoslovak music scene in the critical 1950s.