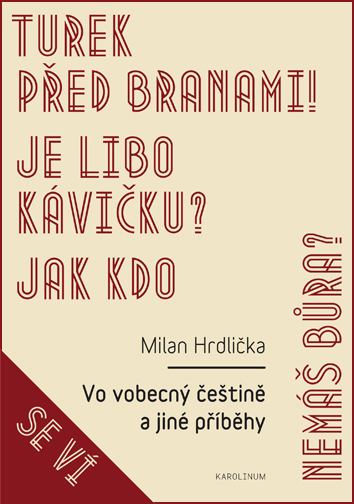 [On colloquial Czech and other stories]

This book is a sequel to the successful Bohemistické miniatury (Miniatures in Czech studies; Karolinum, 2013). The first of the book’s two parts contains 46 short newspaper columns on linguistic phenomena in contemporary Czech, including those related to spelling, morphology and vocabulary that have been little or rarely addressed. The second part covers selected grammatical categories and phenomena (case, number) as well as other issues (such as Czech language abroad and colloquial Czech in teaching Czech as a foreign language). Each chapter contains opening and closing comments which describe the circumstances of its compilation and suggest further possibilities of the topic’s treatment, among other things. This popularizing book is intended for anyone interested in Czech as a mother tongue and Czech as a second and foreign language.