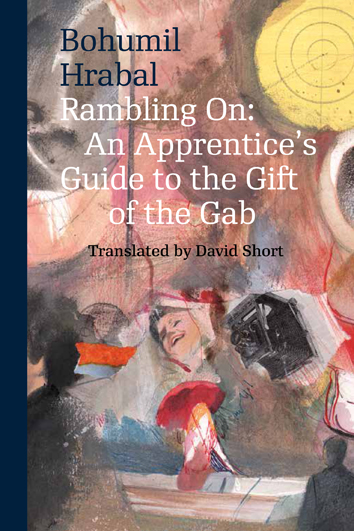 In the West, Hrabal’s reputation has grown since the late 1990s, with fine translations by the late James Naughton, whose version of Cutting it Short will be re-issued as a Penguin Modern Classic in May. More recently, the Karolinum Press published Rambling On: An apprentice’s guide to the gift of the gab, delightful tales of mischief and wonder set in and around the author’s Kersko hideaway. David Short’s translation captures the rough jewels of Hrabal’s rhythmic and roaming phrase-making, which, more often than not, culminates in an astonishing tenderness laden with little wisdoms.
“Translating Hrabal is always a challenge”, says Short, “for the richness of his vocabulary and the complexity and bizarreness of his syntax.” The Czech poet Katerina Rudcenkova agrees: “I love Hrabal’s unbounded language, playfulness and energy. And the sadness, too”.
James Hopkin (TLS) is the current writer-in-residence in Prague, Unesco City of Literature