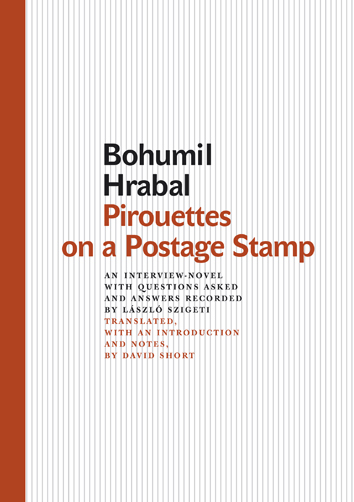 The book is a novel-interview initiated by the Hungarian journalist, writer and anti-communist activist based in Slovakia László Szigeti. It retains the character of a more or less verbatim oral record - it is full of false starts and thematic and syntactic digressions, characteristic for the majority of Hrabal´s magical, bizarre and grotesque tales. It is unique for being autobiographical and for making the reader understand Hrabal´s personality, his philosophy and perception and understanding of Central Europe shortly before the fall of totalitarian regime in the late 80s.