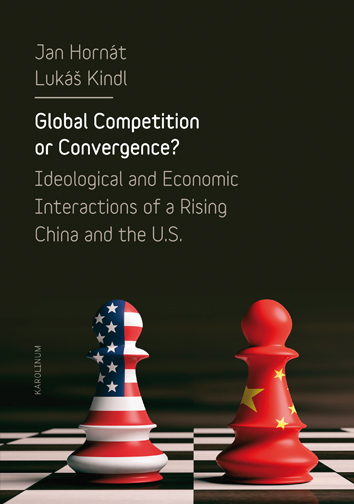 Ideological and Economic Interactions of a Rising China and the U.S.

The dynamics of internal changes in China – whether these changes impact its national economy or its political order and distribution of power – have imminent influence on its relations with the rest of the world. The important, and perhaps less treated, question vis-à-vis China’s rise is how and to what extent do internal changes in China affect its external behavior and thus its relations with the current world hegemon, the United States. In addition, this publication asks what the clash of two politically, culturally and economically different internal orders of the US and China will mean for their future interactions in the twenty-first century. The aim of this publication is not to measure and encompass the entirety of the posed question, but rather to provide an incursion into this problem through two specific case studies – one focusing on the interactions of two distinct political cultures and the other on the economic, geopolitical and ideological interplay of the US and China on the African continent. As will be demonstrated, incompatible as the two regimes and their respective foreign policies may seem, they will not necessarily predestine conflicts in mutual relations. As America can well coexist with China even if it does not meet the Western standards of a liberal democracy, so does the competition in Africa between these two major powers not have to amount to a zero-sum game. At the end of the day, both countries might meet halfway in their respective political interactions.