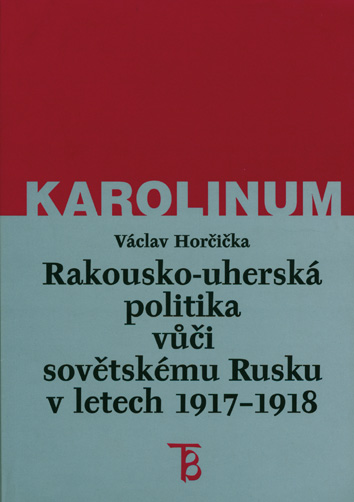 The author strives to analyse the policies of Austria-Hungary towards Bolshevik Russia. The main focus is on analyzing the peace negotiations between the Central Powers and Russia which took place in 1917-1918 and culminated in the signing of a peace treaty in May 1918. Horčička relates the events which after the October Revolution led to the start of peace negotiations, he provides a detailed analysis of the different attitudes of Austria-Hungary, Russia and Germany to these talks, of mutual diplomatic as well as military conflicts and of the final form of the peace treaty, including the resulting politics of Austria-Hungary towards its eastern neighbour.