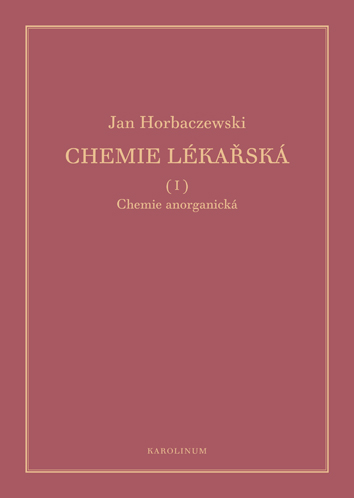 This book is a reprint of the four-volume medicinal chemistry textbook written by Jan Horbaczewský (1854–1942), originally published between 1904–1908 by the Grosman and Svoboda publishing house. It presents an outstanding selection of the then current developments in chemistry, which is, even one hundred years later, still inspiring for its structure and the conception of its interpretation, and which significantly influenced later textbooks in the field, from the first half of the 20th century to the present time. This reprint, completed with an introduction by Stanislav Šípek and a Jan Horbaczewský’s biography compiled by Tomáš Zima, is published on the occasion of 165 years since the scholar’s birth.