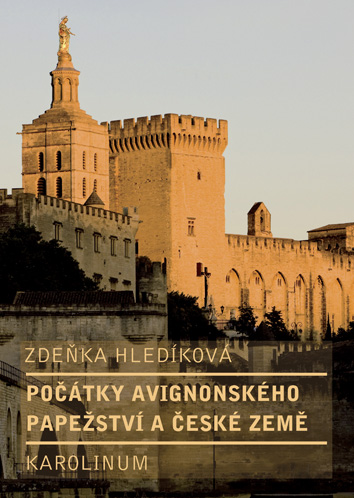 [The Origins of the Avignon Papacy and the Czech Lands]

Against the background of the construction of the Papal Palace and the medieval city of Avignon, this book examines the organization and operations of the Papal Curia and also the papal relations with the Czech Lands. These are initially presented by looking at the fates of Czechs living in Avignon for longer periods, Friedrich of Pernstein, Jan IV of Dražice, Herman of Prague, or those who often travelled there, such as Jan Volek, and even some of the shorter visits, although for more serious reasons. Attention is also paid to the diplomatic messages to the Popes from King John and also to the Papal legates to the Czech Lands. An examination of some of the groups of Papal documents limited to certain subject areas, which were addressed to individuals and requested from the Czech Lands between 1306-42, allows the inference of knowledge about the social environment of the addressees. The results are then placed into the broader context of the transformation and development of Czech society at the beginning of the Luxembourg era. Diplomatic documents sent from Avignon to the Kingdom of Bohemia, which however mostly survived only as copies in various series of the papal registries, form the basis of this text. The text is supplemented by maps of the city at that time and the Papal Seat, which was gradually growing.