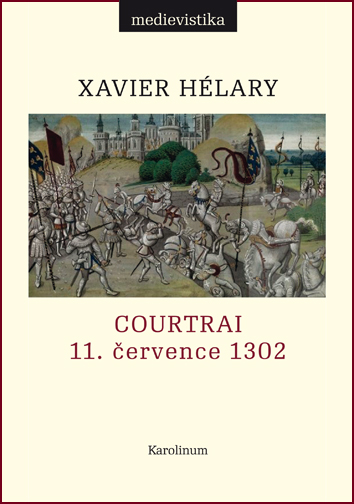 The Battle of Courtrai fought in 1302 by the Flanders army against the army of the King Philip IV of France became a key part first of the Belgian, later specifically Flemish "national” memory, having retained its importance to the present day. Its unusual nature fascinated people at the time of the battle: an untrained infantry army defeated the famous French knights. The highly rigorous, yet gripping exposition written by Xavier Hélary, a renowned French historian, presents the broader historical context of the French-Flanders relations at the turn of the 13th and 14th centuries, reflects on the role of the national identity in the events as well as their later explanations, analyzes different chronicled accounts demonstrating how a modern historian can grasp and narrate the history of a battle.

Translated from French by Věra Soukupová.