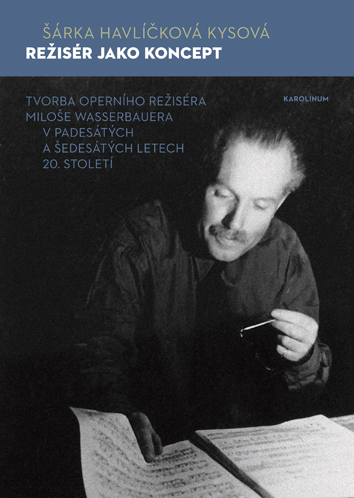 [The director as a concept]

What do preserved program flyers, scenic designs, critical reviews and comments reveal? Can we reconstruct what the direction and director were like? Using the most current information on the problem and its solution, theater scholar Šárka Havlíčková Kysová employed the most current findings in problem solving in her monograph with its unusual title, The Director as a Concept.
The use of new methods led the scholar to a detailed analysis of what sources reveal and how they can be interpreted. She showed the personality of a director in the epicenter of different environments and influences, which she analyzed in detail using a wide range of current findings. When analyzing sources, she aptly concluded that some of the current categories are more complicated than we could assume from texts by codifiers in the period. The conception of an opera director as a sum of variable concepts represents an unusual method, which is however able to reconstruct a remarkable image of the atmosphere of the Czech theater environment in the 1950s and 1960s.