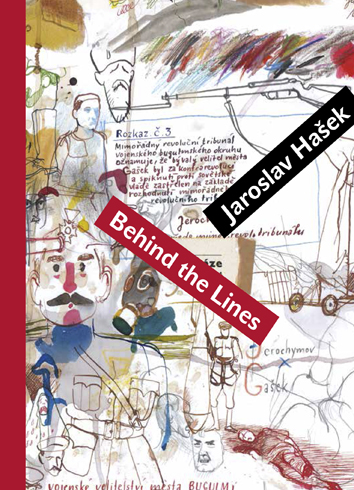 Jaroslav Hašek is a Czech writer most famous for his widely read if incomplete novel The Good Soldier Schweik, a series of absurdist vignettes about a recalcitrant WWI soldier. Hašek was remarkably prolific, and he wrote hundreds of short stories that all display both his extraordinary gift for satire and his profound distrust of authority. Here, in a new English translation, are a series of short stories based on Hašek’s experiences as a Red Commissar in the Russian Civil War and his return to Czechoslovakia. First published in the Prague Tribune, these nine stories are considered to be some of his best, and they provide delightful entertainment as well as important background and insight into The Good Soldier Schweik. This collection is much more than a tool for understanding Hašek’s better known novel; it is a significant work in its own right. Behind the Lines focuses on the Russian town of Bugulma, and takes aim, with mordant wit, at the inefficiency of small town bureaucracy. A hidden gem remarkable for its modern, ribald sense of humor, Behind the Lines is an enjoyable, fast-paced anthology of great literary and historical value.

As Mark Conner points out in his interview in The Prague Post, “One important thing was to bring to life Hašek as a short-story writer, and even the short story as the medium at which Hašek excelled.” After reading this sample, I’m inclined to agree. I also want to mention my enjoyment of the two books I’ve read so far from the Karolinum Press, Charles University (the other book was Summer of Caprice by Vladislav Vančura, also translated by Mark Corner). After Švejk, I have trouble imagining Hašek without accompanying illustrations and the ones provided in this volume by Jiři Grus are delightful.
Dwight (A Common Reader , Friday, November 09, 2012)