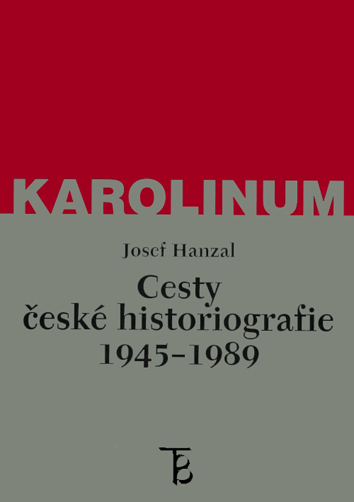 Hanzal, Josef: Cesty české historiografie (The Paths of Czech Historiography 1945?1989)
This account of the development of Czech historiography and the lives of its authors within 1945?1989 is a loose proceeding of ?The distinctive history of Czech and Slovak Historiography? by Kutnar and Macek. Josef Hanzal?s book provides a vivid picture of various cultural and political waves from February 1948 to August 1968. The aim of this work is not to scandalise the lives of those who helped the communist ideology but to ask questions. He illustrates his study with literature and archive materials to understand why some historians resisted the pressure of communist officials and continued in their scientific work while others served the totalitarian power and took part in ruining the bases of history. The publication is accompanied by a chapter on ?samizdat? literature, after 1968 (illegal literature published by authors themselves using typing and copying) including information about Czechoslovak historians in exile.