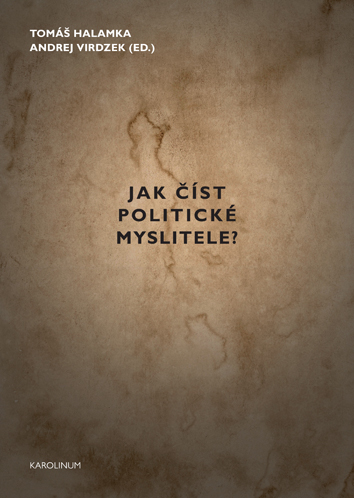 [How should we read political thinkers?]

Should we consider texts by Plato, Machiavelli, Rousseau and other authors as being timeless or should they always be viewed in their specific contexts? To what extent is a thinker also an original author and to what extent is he a product of his time period? This interdisciplinary collective monograph presents in mutual contexts and in an intelligible yet in-depth manner the main philosophical movements, which developed in the field of interpretation of texts of political thoughts and in work with political concepts.
The twelve chapters of this book, compiled by a large collective of scholars, comprising philosophers, political scientists and historians, present the approaches of figures such as Leo Strauss, Louis Althusser and Quentin Skinner and their responses to the question in the title of this book. It is intended for students of social sciences and humanities as well as a broader readership interested in exploring the most influential concepts of the study of political texts and intending to understand selected interpretation approaches and their methodologies, and motivated to find sources for further reading and their own thinking about political and philosophical questions.