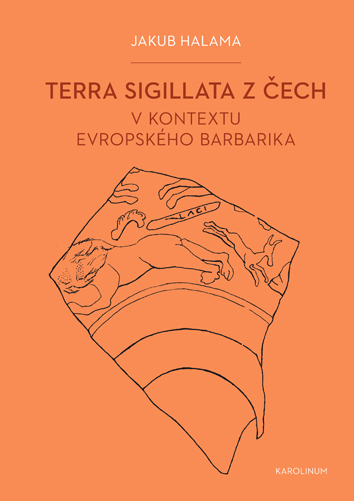 [Terra sigillata in Bohemia in the context of European Barbaricum]

This monograph presents finds of archaeological pottery of the Roman type of terra sigillata in the Bohemian territory (1st-5th centuries AD), consisting of a detailed catalogue and an analytical section evaluating the gathered pottery based on the determined workshop, shapes and decoration. In addition, the text covers types of Czech sites (Germanic settlements versus burial sites; numbers in sites and their characteristics; dating and types of settlement items), directions, methods and chronology of the appearance of sigillata from Roman provinces to Germanic Bohemia. Other topics include finds of the late production (4th- 5th centuries AD), the horizon of the Marcomannic Wars, imitations and relations to other types of Roman items in Bohemia. The examined aspects are then compared to other areas of non-Roman Europe as well as the situation in adjoining provinces. The text is complemented with maps, images, drawings and photographs.