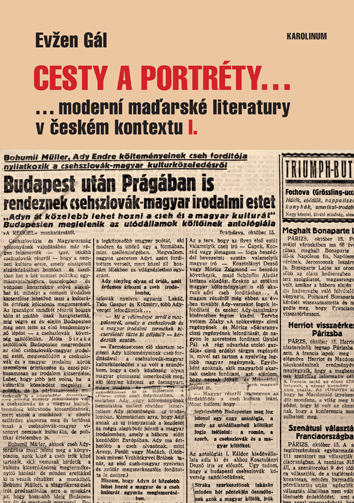 Since the first non-fragmented linguistic and literary monuments, dating to the late 12th century, Hungarian literature has demonstrated a strong European orientation, attesting to the essential European spiritual impulses – antiquity, Jewish, Christian (both catholic and protestant) and Enlightenment culture. Admittedly, due to the linguistic isolation and a certain exclusiveness of Hungarian (naturally alongside Finnish and Estonian) in the “Indo-European sea”, Hungarian culture in the broader sense has more vocally and persistently adhered to its traditions, in a real or presumed concern about the “preservation of the nation”, or at least more often declared its adherence to them, striving to be the link or the bridge between the East and West. However, in its best manifestations, even this orientation produced (not only) literary works which meet the most exacting demands by the readership and which are worth reading and studying.

Modern Hungarian literature gained a respectable position in the Czech literary context, primarily thanks to the systematic effort of the translators in the post-war era of the 20th-century, who made the most valuable works available to Czech readers. This is the first book of a three-volume set, which aims to outline the image of modern Hungarian literature since the end of the World War II to the present day. The presented studies, excerpts and selected bibliography offer extensive and interesting information and showcase those modern Hungarian authors that readers should not miss.