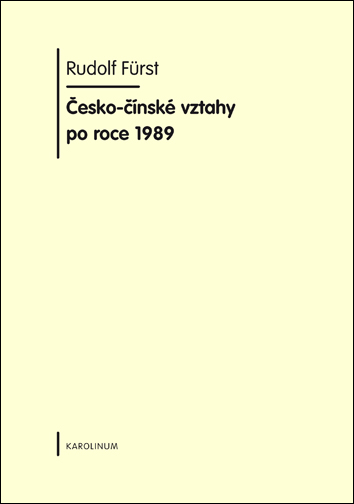 In the Czech Republic, China is traditionally a very popular exotic land, its old culture quite enchanting, and at the same time representing an extraordinary economic opportunity. After 1989, the opportunity arose to establish a new chapter of bilateral relationships with the Asian superpower, unburdened by ideological barriers and external political dictates. China has also become a test to what extent Czech society is able to understand the new situation and to assert its goals.
This monograph on Czech-Chinese relations is the first and up to now most comprehensive attempt to map and analyze the political, economic, cultural and academic contacts of the Czech Republic with the PRC in the era of renewed Czech democracy. The Czech party gained experience that China is an assertive partner who has little interest in a small country in Central Europe, while the Czech view on the PRC reflects its own need for new self-identification and does not have sufficient support in the knowledge of modern Chinese life and culture. Up to now, Czech relations with China reflected more the fascination with the exotic rather than real experience. The author's ambition was to materialize Czech perceptions of modern China and its exaggerated expectations of economic perspectives. Even so, the experience of Czech contacts in China from the early 90s, when taken in the wider European context, calls for cautious optimism for the future. Just one year after the Czech Republic joined the EU, the Chinese prime minister travelled to Prague for the first ever historic meeting.