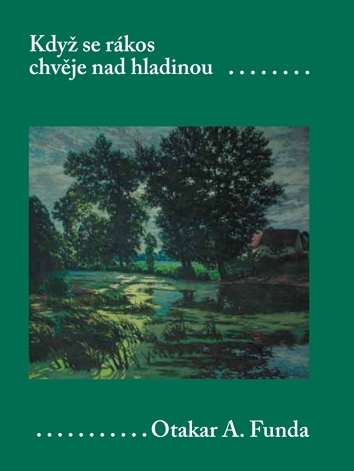 [When Reed Quivers above Water]

As is clear from the title, this book is a collection of author's personal confession and open meditation rather than a comprehensive academic essay, albeit it contains philosophical fragments and texts. Philosopher and theologian Otakar A. Funda looks back at the path of his intellectual orientation. The book captures his key topics and allows the reader to follow his intellectual development and current ideological stance. In this sense it might serve as a key for the better understanding of Funka's previous texts. The publication also contains the author's bibliography from 1965–2008.
Main topics of the book: Self-reflection of author's path from the Protestant theology of Bultmann's school, that is a stream of demythologization and existential interpretation of Christian belief, to philosophical position of critical rationalism and procedural ontology. - An essay devoted to T. G. Masaryk. – Reflections concerning the justification and importance of philosophy today. – An outline of philosophical concept: reality of outer world, the necessity and limits of objectivity, high evaluation of rationality, humanity in the value of life, which does not have to be argued through references to any other value or instance. – A critical comment on multiculturalism and the dead-end of current foreign and domestic policy.