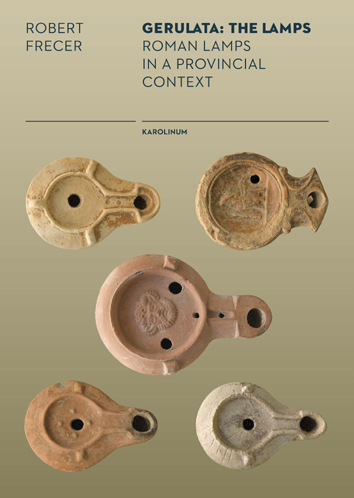 Roman Lamps in a Provincial Context

What should a catalogue of archaeological material contain? This book is a comprehensive index of 210 lamps from the Roman fort of Gerulata (present-day Bratislava-Rusovce, Slovakia) and its adjoining civilian settlement. The lamps were excavated during the last 50 years from the houses, cemeteries, barracks and fortifications of this Roman outpost on the Limes Romanus and span almost three centuries from AD 80 to AD 350. For the first time, they are published in full and in color with detailed analysis of lamp types, workshop marks and discus scenes.

Roman lamps were a distinctive form of interior lighting that burned liquid fuel seeped through a wick to create a controlled flame. Relief decorations have made them appealing objects of minor art in modern collections, but lamps were far more than that – with a distribution network spanning three continents, made by a multitude of producers and brands, with their religious imagery depicting forms of worship, and as symbols of study and learning, Roman lamps are an effective tool that can be used by the modern scholar to discover the ancient economy, culture, craft organization and Roman provincial life.