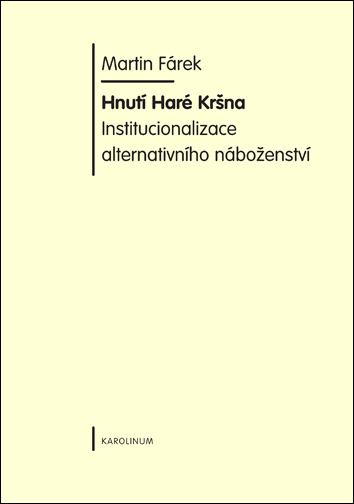 The Hare Krishna movement is one of the best known groups of the so-called new religious movements. The book covers the history of the organization since its establishment in the U.S. in 1966 till today. The reader can thus follow its development from a small group of enthusiastic followers of an Indian guru to an international institution with an elaborated hierarchical structure. The publication analyzes controversial issues such as missionary book sales, the transformation of the model of the traditional religious authority into a new institution or social problems. Among the latter mentioned issues, it focuses particularly on the relationship of the ascetic elite to families or the upbringing and educating children in the organization. The book also contains chapters on theological disputes and on the organization's development in the Czech Republic. The linking of narration based on rich resources (mainly foreign) with reflections and theoretical contemplations is thought-provoking for both amateurs and experts.