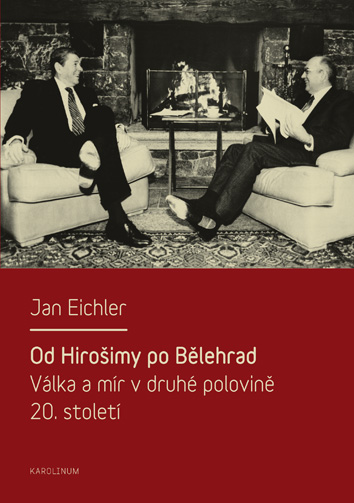 [From Hiroshima to Belgrade. War and Peace in the Second Half of the 20th Century]

This monograph, entitled From Hiroshima to Belgrade. War and Peace in the Second Half of the 20th Century, focuses on war and diplomatic events of the second half of the past century. The scholar analyzes these events using the theories of Raymond Aron and Johan Galtung. The book concentrates on the development of peace and war, theoretical streams (realism, idealism, constructivism and critical theories) and their importance for the evaluation of 20th-century history. The key role in the analysis of the cold war period as well as of the globalization was played by Galtung’s concept of negative and positive peace, in which the scholar defines war and peace as two basic forms of international organization.
The book is a follow-up to the monograph entitled From Sarajevo to Hiroshima. War and Peace in the First Half of the 20th Century, which focused the world wars and the interwar period.