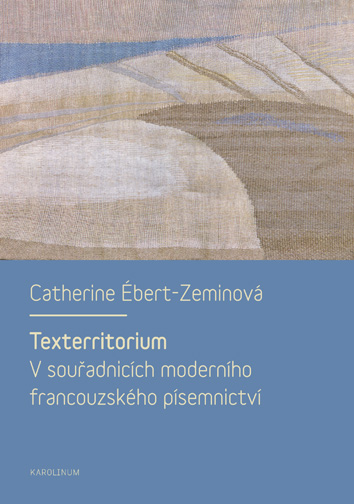 Texterritorium is a loose continuation of the author’s previous book Textasis, published by Karolinum Press, also examining the limits and potential of texts, words, and language at the intersection of literary science, psychoanalysis and daseinsanalysis. Unlike Textasis, the basis, or rather the "territory,” in which this movement takes place has been expanded. At the more distant end of the time line, it tries for symbolism and decadence (Gide, Huysmans, Valéry), then starting with the interwar period (Drieu La Rochelle, Green, Malraux) with a comparative overlap (Canetti, Arthur Miller) and with an independent section on surrealism (Char, Gracq, Mandiargues) finally arriving at the recent and current eras (Tristan, Bernheim, Orsenna). The book closes with a general reflection on the relationship of modernity and post-modernity and its philosophical context. Despite their historical and aesthetic heterogeneity, the writers and themes covered share an ontological background, on which writing and reading represent two almost identical methods of pursuing a certain life form. In this framework, the author perceives text as one of the forms of universality and of the other person, which again and again invites to the reciprocity between the world and human existence.