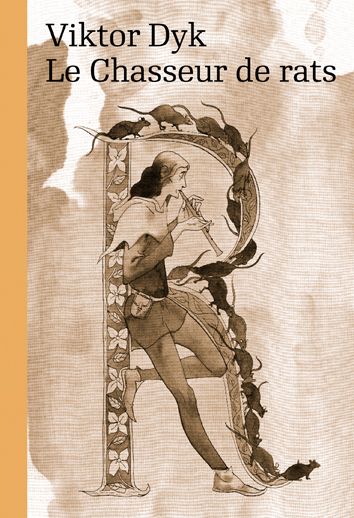 This novella, written by poet, fiction writer, playwright and journalist Viktor Dyk, was first published as serial in a magazine in 1911–1912 and later released in its entirety as a book in 1915. The story is based on the famous medieval Saxon legend in which the Pied Piper cleansed the city of Hameln of rats, and when disillusioned by the town councilors’ cowardice and betrayed in love, he used his pipe to lead the entire city to its destruction. The piper, a hero who was shaped by his lot in life, a lonely and restless dreamer representing the world of rebels, is juxtaposed with fisher Sepp Jörgen, who accepts the reality and by saving an infant gives the city a new hope. In this novella, which reflects the classical tendencies in his later work, Dyk took advantage of an old model to create a paramount work of fiction on the conflict of illusion and reality. Its enigmatic atmosphere foreshadowed the balladic fiction of the 1930s.
The translation into French was supervised by Xavier Galmiche and revised by Aurélia Rouget-Garma; the epilogue was written by Xavier Galmiche.