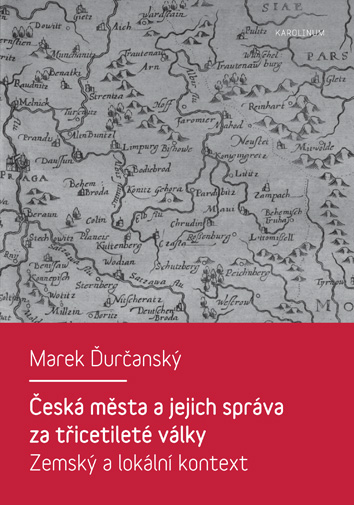 [Czech cities and their administration during the Thirty Years’ War]

Although Czech cities’ participation in the Estates Uprising in 1618–1620 was not as extensive as that of both noble estates, the consequences of the Battle of White Mountain affected their development to the same extent. While the 1620s were marked by interferences into their inner life by victorious Emperor Ferdinand II and his supporters, the ensuing two decades represented a period of an immediate threat of war and the creation of defense mechanisms against it. This book follows the effect of confessional and political struggles in the first half of the 17th century on the administration of Bohemian towns on two levels. The Land context focuses particularly on royal cities as an independent Land estate, but also as a clearly defined part of the Czech urban network immediately subordinated to central authorities (chamberlain, Czech chamber, court of appeal). Nevertheless, the most frequent type of urban settlement was a vassal city or town of a maximum of several hundred houses. Differences and similarities in the administration of different types of towns are demonstrated through a local probe into the Elbe River regions, which includes three settlements along the middle course of the river: Nymburk, a royal town, Brandýs nad Labem a non-royal town and Čelákovice as a small non-royal town. An analysis of the administration structures on this micro-historical level intersects with individual fates of the representatives of the local political and intellectual elites.