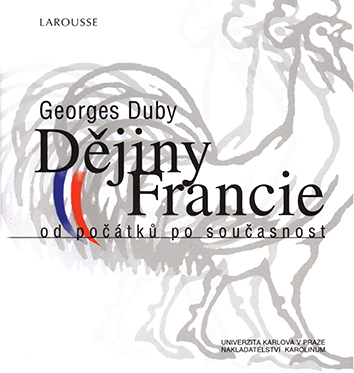 History of France
Translated from the French by Vladimír Cinke
This representative monograph, written by 33 eminent French historians lead by the medievalist Georges Duby, deals with the history of France from the pre-historic period up to the end of the 20th century. In each chapter, the course of history in all its aspects is explained: the events, economic and social structures, daily life, work, urban geography, natural conditions, the development of religious thinking and rituals, various theories and ideas, artistic and literary production, education, the morale, and scientific progress. Thus, French history is introduced to the reader as the sum of the civilisation phenomena inside the regions which comprise today?s France.