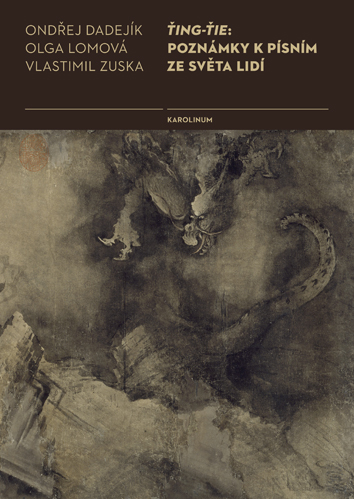 [Jingjie: Notes on songs from the human world]

This monograph compiled by three scholars from the Faculty of Arts, Charles University in Prague, presents an aesthetic theory formulated in 1908 by Wang Guowei, a giant of 20th-century Chinese humanities, as an original experiment connecting traditional Chinese theories and European aesthetics. It focuses on jingjie as the central notion and its multifaceted examination in the interdisciplinary fusion of the above disciplines. The Chinese notion, which defies a simple and undistorted conversion to a singular concept of Western aesthetics, is "surrounded” by a set of similar notions and categories in modern European aesthetics and literary sciences, attempting to capture its complex content and meaning.
Wang Guowei’s aesthetic theory, viewed from the perspective of two disciplines, Chinese studies and aesthetics, presents a rare opportunity to observe an attempt at connecting two different traditions before the new model of thought, adopted from the West, replaced the domestic tradition. Wang Guowei’s interpretation of the notion exceeds the scope of interest of an aesthetic historian as it concerns general issues of the fate of Chinese culture in the 20th century. This is the first study available to a Czech reader which presents the intellectual world of modern-day China without prejudice and in historical and transcultural contexts. The book also features a complete Czech translation of Wang Guowei’s Notes on the Songs from the World of People, with extensive commentary.