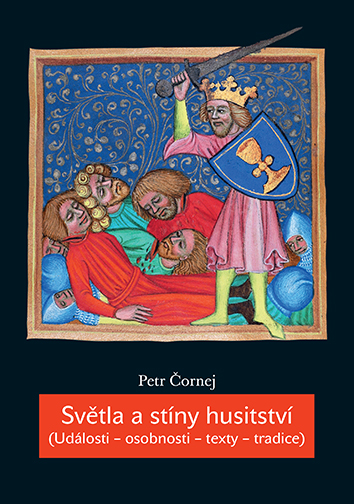 [Lights and shadows of the Hussites (Events – personalities – texts – traditions)]

The book, containing 24 essays originally published in journals and in books, focuses thematically on Prague during the Hussite era and addresses the personality of Jan Žižka as well as the culture and language of the Hussite epoch. Attention is also paid to the "Hussite king" George of Poděbrady and the formation of the Czech state. The final section analyzes the forms of the modern Hussite tradition, emphasizing the portrayal of the Hussites in belles-lettres and film.
In this second edition, the texts were modified in accordance with new findings and supplemented with new basic professional literature.