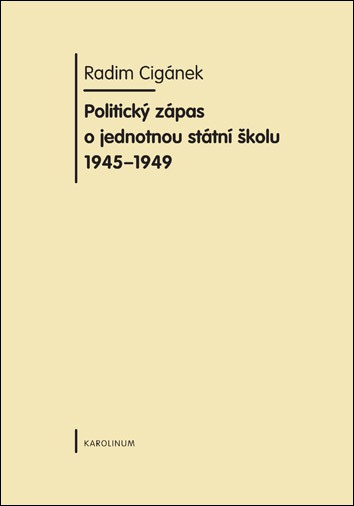 This work presents discussions and controversies concerning education reform in the Czech Lands after World War II. The author captures four development stages of this long-term controversy, which culminated in April 1948 in passing the so-call Unified School Act. It meant radical changes in the education system. The most controversial section concerned bringing the entire education system under state control. Attempts to keep several religious schools, able to exist only with an exception from this act, fell through after the crackdown on the Catholic church in June 1949. The state school monopoly, which was one of the most improtant consequences of this school reform, was fully utilized by the communist dictatorship during the ensuing years of oppression. The work is based on an extensive research in the archives, which is completed with a probe into the period press. The book also presents the most important archive resources on the controversy around the unified school.