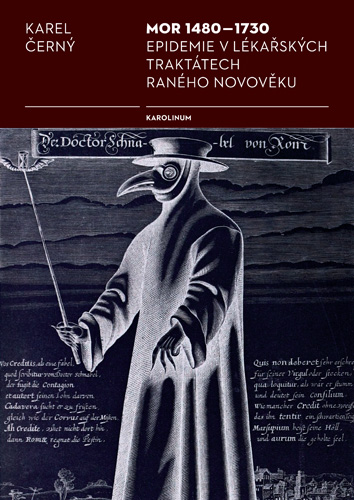 The 1340s plague adumbrated a long period of periodically returning deadly epidemics. The danger did not spare anyone as the "black death" regularly affected the rich business centres in Italy as well as the sparsely populated Scandinavian regions. It disappeared from Europe in the 18th century as mysteriously as it had appeared four centuries earlier.
The plague was not only a source of panic, drastic sanitary measures and moral soul-searching, but it also presented a complicated medical issue. Many treatises were written on this topic from the High Middle Ages through the Enlightenment.
This publication covers the gradual changes of views of the plague in the medical circles in the early modern era in several regions. It primarily covers the development of the medical literature of that time, following the influence of modernity or, on the other hand, tradition and the methods used by various scholars in their scholarly disputations. The next section uses selected sources from many European areas to follow the main theories about the origin of the plague, including beliefs in bad air, views of the infectiousness of the disease or the study of plague transmitted by human senses. It further describes what Renaissance and baroque doctors recommended to their patients who sought protection from the infection. This included a wide range of preventive measures, starting from quarantine or flight from the affected area, through being on a suitable diet or using various types of amulets. The last part of the book describes the early modern age treatment of plague patients, both by administering medicine and the "surgical" methods (bloodletting or opening the plague buboes).