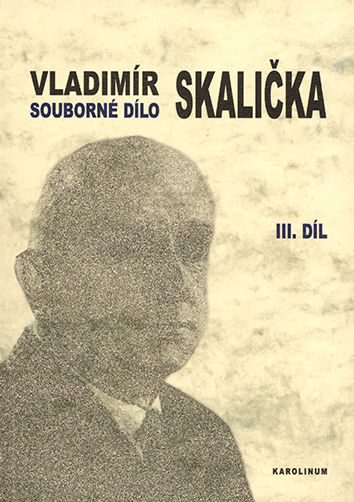 This is the last volume of Vladimír Skalička's Comprehensive Work. Vladimír Skalička was not only the first professor of general linguistics and a founder of the Finno-Ugric field of study at the Charles University Faculty of Arts, but also an important Czech and Slavic scholar. The first two volumes containing Skalička's works from 1931-1963 were published in 2004. The third volume contains texts from 1964-1994 and Skalička's complete bibliography.