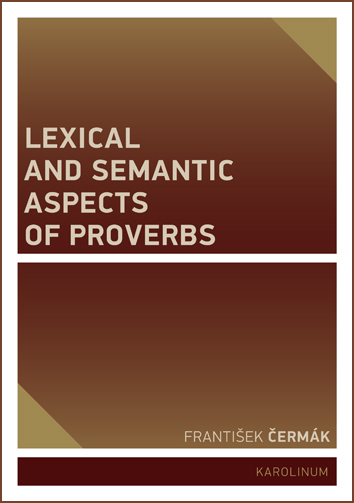 Lexical and Semantic Aspects of Proverbs

The field of paremiology is traditionally an interdisciplinary one starting with folklore, paremiology, language, literature, history, and other fields, their mutual influence being a peculiar and highly valued feature for all.
This book is linguistic in nature, offering a number of aspects of contemporary languages and their proverbs studied, though mostly on lexical, semantic and pragmatic aspects, based on language corpora findings, subsequently leading to proverb minima. Apart from selected proverb data excerpted from tens of languages, there is an effort to arrive at a system of proverbs having a wider orientation based on the goal set to map proverbs in a language in a systematic and reliable way, showing proverbs and their use in large, multimilion language corpora.
Next to its academic goals covering proverb theory of use and system, the book may be used by lexicocographers, monolingual and comparative, and language teachers in their textbook compilation.