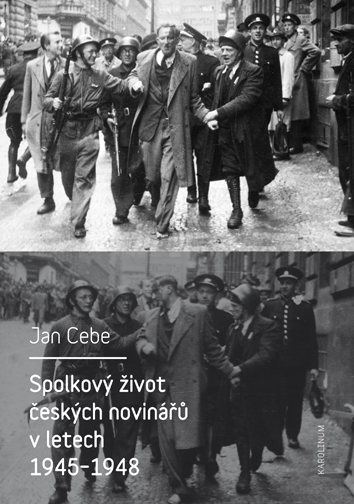 This book describes Czech journalists’ life in professional associations during the relatively democratic period of the "Third Republic.” There are very few areas in which the post-war Czechoslovak society grew so close to totalitarianism as in the media, specifically in the organization of journalism as a professional field. The process of organizing and subsequently managing journalistic life through a single journalists’ organization is the primary focus of this book. As this process did not only involve the journalists’ organization, the book also accentuates its relation to other important institutions of the time. Among them, mainly the Ministry of Information, headed by Václav Kopecký, and more specifically its press department, played a principal role, although the unified Revolutionary Trade Union Movement was also important. Very close ties between the leadership of the journalists’ organization and the heads of these institutions largely determined the course journalists’ lives in the post-war regime would take. Considering the changes the society underwent in February 1948 and in ensuing years, it is important to note that even in the period preceding the coup, the leadership of the journalists’ organization, supported by a large segment of its membership, clearly indicated which side most journalists, and media in general, would take in a potential conflict. The positive attitude towards the ideology promoted by the Communist Party was then reflected in a very limited mobilization of the pro-democratic segment of society in the media during the February 1948 events as well as in the media's portrayal of the ensuing relatively smooth assumption of power. Communists and their supporters took control of the media without any significant opposition, which subsequently contributed to a relatively easy assumption of power in the country.