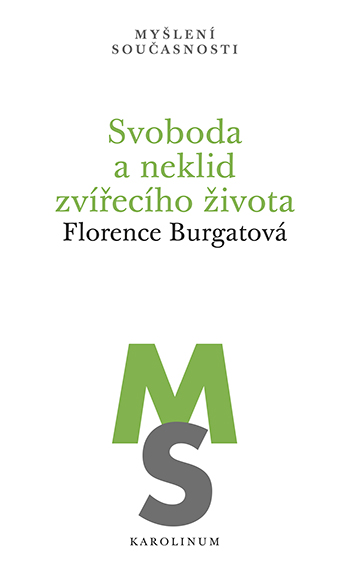 [Freedom and Anxiety in Animal Life]

The phenomenology of animality, whose basic points are presented in Florence Burgat’s book, does not strive for ethical solutions of the status of animals in the Western society. Freedom and Anxiety in Animal Life focuses on analyzing methods of approach to animals used by the heirs of Cartesian philosophy, breaking free of seeing animals as an antipode to humanity and laying foundations of true ontology of animality. Florence Burgat thus refers to Hegel, Uexküll, Schopenhauer, Bergson, Jonas and Merleau-Ponty, philosophers who consider animals to endow their environment and behavior their own meaning, independent of man. Neither vital force, nor the concept of an organism as a machine endowed with consciousness are able to cover the real meaning of the behavior which is the highest expression of life and its freedom. The effort to maintain the existing status of man as a living being, which has grown beyond the stage of animality, conditioned by the need to preserve a special moral status of people, however also represents an unintended return to metaphysics. What will happen if we stop viewing life through the lens of physical laws and instead evaluate it through anthropological, cognitive criteria, and will we notice the dynamics typical for it? 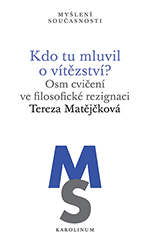