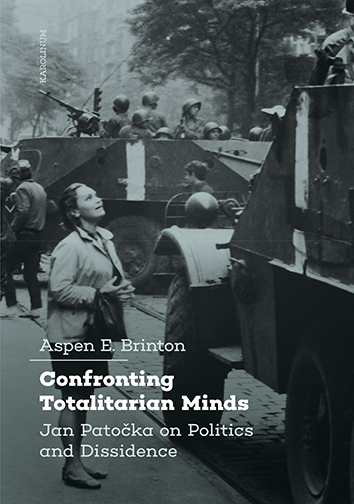 Jan Patočka on Politics and Dissidence

The Czech philosopher Jan Patocka not only witnessed some of the most turbulent politics of twentieth-century Central Europe, but shaped his philosophy in response to that tumult. One of the last students of Edmund Husserl and Martin Heidegger, he inspired Václav Havel and other dissidents who confronted the Communist regime before 1989, as well as being actively involved in authoring and enacting Charter 77.

He died in 1977 from medical complications resulting from interrogations of the secret police. Confronting Totalitarian Minds examines his legacy along with several contemporary applications of his ideas about dissidence, solidarity, and the human being’s existential confrontation with unjust politics. Expanding the current possibilities of comparative political theory, the author puts Patocka’s ideas about dissidence, citizen mobilization, and civic responsibility into conversation with notable world historical figures like Mahatma Gandhi, Vaclav Havel, Dietrich Bonhoeffer, and other contemporary activists. In adding a fresh voice to contemporary conversations on transcending injustice, Confronting Totalitarian Minds seeks to educate a wider audience about this philosopher’s continued relevance to political dissidents across the world.

Confronting Totalitarian Minds addresses those shaken by systemic violence in today’s world, whatever form it may take. Brinton clearly explains key themes of Patočka’s philosophy before comparing his thought with that of other dissidents: Havel, the anti-Nazi theologian Dietrich Bonhoeffer, Mahatma Gandhi, student and anti-atomic activists of the 1960s, and environmental activists today. The comparisons are remarkably instructive. Bonhoeffer’s “religionless Christianity”, for example, resembles Patočka’s “negative Platonism” in its insistence on the inaccessibility of absolute truth, suggesting that similar approaches to living in problematicity can proceed from both Christian and secular starting points. Gandhi’s life history shows “the general applicability of Patočka’s philosophy to all who turn to dissident politics as a way to move through life”, helping to overcome an unnecessary Eurocentrism in Patočka’s oeuvre. Perhaps most importantly, Brinton stresses that dissidents must be ever open to questioning, rejecting absolutes, lest they suffer the consequences of hubris or, worse, their efforts result in new systems of oppression. The dissident path is by nature uncertain, but that is precisely what makes it the only path along which history can continue.
James Krapfl ( How Jan Patočka inspired resistance in communist Eastern Europe, TLS July 22, 2022)