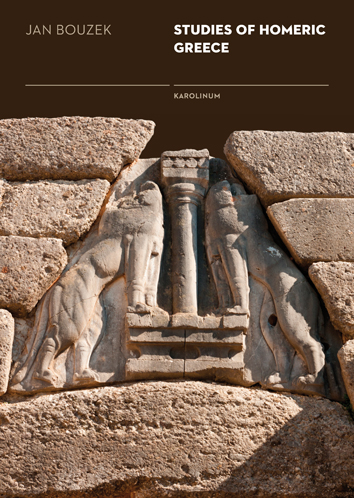 The volume brings a kind of companion to the subject of study of archaeology and history of Late Mycenaean to Geometric Greece and of the koine of Early Iron Age Geometric styles in Europe and Upper Eurasia, ca 1300–700 BC, in relation to their Near Eastern neighbours.
The age around the so-called axial period of human history, of transition from Bronze to Iron Age, from the pre-philosophical to philosophical mind, from mythical level of human thought to logos, is discussed in the frame of combining several approaches into a synthetic picture revisiting the previous books and papers by the author, in an attempt to combine the witness of archaeological sources with the worlds of Homer and Hesiod, and the first private Phoenician and Greek merchant ventures. It surveys the birth of Greek autonomous city states, of its art and its free citizens. The book contains many maps and drawings illustrating the discussed subjects, black and white and colour photographs.